Do you want to get a flower tattoo? Every flower has its own story to tell!

All flowers symbolise the virtues of the soul and each of them has an individual symbolic meaning, full of depth, mystery and legends… 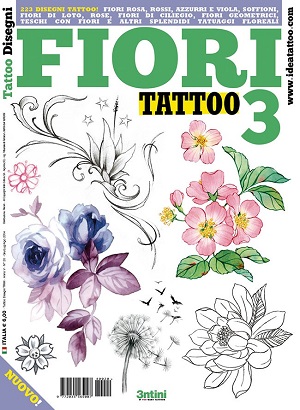 People who get a flower tattoo often choose it for its intrinsic beauty, but every flower has its own story to tell which goes far beyond its fragrance, aesthetics and colours.
In general all flowers symbolise the virtues of the soul and each of them has an individual symbolic meaning, full of depth, mystery and legends.

In this article we are going to explore the three most popular tattoo flowers (apart from the rose): the hibiscus, symbol of beauty and youth, the chrysanthemum or golden flower and the peony which relieves all pain. You’ll find the sunflower too, which symbolises bliss…

HIBISCUS, FLEETING BEAUTY
The Hibiscus is a plant with delicate, brightly coloured flowers which however only have a very brief life, usually just one day. So it symbolises beauty in general and fleeting beauty, like that of young women.

CHRYSANTHEMUM, GOLDEN FLOWER
The name Chrysanthemum means “golden flower” (from the Greek khrysos = gold + anthemom = flower). In the Far East and in some countries of northern Europe it is a symbol of joy, vitality and peace; in Sicily people used to believe that chrysanthemums kept witches away and it was considered good luck to keep a few in the home.

It is an autumn flower, which in Italy is known as the flower of the dead and therefore has taken on negative, sad connotations, connected to mourning. Its deeper symbolic meaning however, is the representation of the immortal soul, which is why we traditionally offer them to the dead on their special day.
The chrysanthemum has been given a new lease of life as a result of Japanese tattoos in which it is a popular subject for gorgeous, large designs, full of detail.

PEONY, PAIN FREE
In ancient times it was believed that the peony cured madness and pain.
Greek myths tell how the god Peone (the doctor of the gods) was turned into a flower, a peony to be precise, after liberating the goddess Latona from the pain of childbirth.

In China and Japan this flower (in particular the Chinese peonies, which are much bigger than the European ones) was dedicated to the emperors, the only people who could grow and pick it. Along with the chrysanthemum and cherry blossom the peony is a classic Japanese tattoo subject.

SUNFLOWER, A HAPPY SOUL
Also known as Helianthus (its scientific name) from Helios, Greek for the sun.
Since it spends daylight hours it turns to face the sun, the sunflower symbolises bliss and recognition of the star which gives it life.

This widely recognised plants originated in the Americas, where it had already been cultivated for a thousand years before the birth of Christ.
In 1500 the leader of mercenaries Francisco Pizarro discovered that the Incas considered the sunflower to be the image of their sun god, and took both seeds and golden replicas of the flower back to Spain.

The concept of the sunflower existed, however, well before the Incas’ Helianthus was brought to Europe. Greek mythology tells the story of a young girl named Clizia who fell in love with Apollo, the god of the sun, and could only watch, enraptured as his chariot flew through the sky. Clizia turned into a flower, although the myth refers more specifically to the heliotrope, another plant which takes its name from Helios.

Discover The Secret of Flowers – part 2