The Oceanic archipelago is one of the main historical and geographical centres of Polynesia, where the knowledge of tattoos dates back to ancient times, and is inextricably linked to the cultural memory of the Samoans themselves. 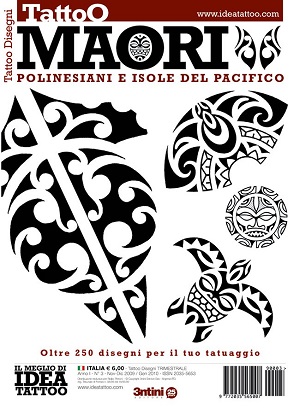 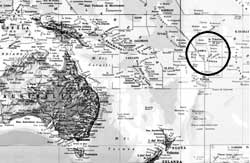 Samoa is an Oceanic archipelago of Polynesia, consisting of the two islands of Savaii and Upolu. They were originally volcanic islnds and are therefore mainly mountainous. Most of the population lives along the coast where there are many flat alluvial or coralline areas.

Like the cultural memory of the Samoan people, the knowledge of Samoan tattoos dates back to ancient times. There is only one oral legend about the origin of tattoos in Samoa, according to which two divinities from the islands of Fiji introduced tattooing to Samoa.
The traditional Samoan tattoo is very detailed and features specific geometric graphic motifs.

WILSON FITIAO
Wilson Fitiao is one of the greatest Samoan tattoo masters. He was born on the island of Upolu and fought a long battle to prove himself as an artist and ensure that the cultural and artistic heritage of Samoa enjoyed the recognition it deserved.
Wilson Fitiao learned to create Samoan tattoos in the traditional way, succeeding in reinstating all the intrinsic symbolism of these apparently simple graphic designs.

MEN
The traditional Samoan tattoo for men, pe’a, covers an area from the middle of the back down to the knees. The pe’a, has a characteristic positive-negative effect created by the presence of designs on the black parts of the skin.
The complex graphic patterns varied according to the social group the wearer belonged to. A big celebration was traditionally organised to celebrate a man’s first tattoo.

WOMEN
The traditional Samoan tattoo for women, malu, features similar patterns to the men’s designs, although they are lighter and more decorative and do not include the distinctive positive-negative effect of the men’s tattoos.
Girls used to have tattoos on their hands too but it is not very common nowadays. Unlike the men, women did not celebrate their first tattoo.

TRIANGLE
The tattoo masters started their work with a black triangle placed on the lower back. The spine acted as a line to base the symmetry on. The tattoo was finished when the so-called “bat design” was completed on the navel, almost like a symbolic cutting of the umbilical cord.
The term pe’a originally described the triangle but it has come to signify the whole tattoo.

TOOLS
The tools used by Samoan tattoo maestros are combs that are attached to a flat piece of tortoiseshell and then held together with a wooden stick and wrapped with nylon thread. They come in various sizes, which are used to create different designs.

TOFUGA
The word tofuga is used to identify the tattoo maestro. According to some sources, tattoos were also carried out by priests and healers.

The role of the tofuga was comparable to that of people who built canoes or houses; they were considered members of the artisan class and as such enjoyed a high position in the social hierarchy, although they had no supernatural powers.