From art galleries to tattoos, the best-loved eyes are big ones

In comic strips and cartoons the big-eyed characters are always the little ones and the goodies, those we grow most fond of.
In the world of gallery art, large eyes are a characteristic feature of Pop Surrealism, an artistic trend where portraits of people or animals are predominant, with heads that are oversized in proportion to the bodies and with enormous eyes which always have a kind of dazed expression which conveys detachment as well as emotion and sometimes an inner apprehension. The unsettled Nicoletta Ceccoli
Unsettled and as fragile as porcelain. These are the big-eyed characters painted by Nicoletta Ceccoli, a sophisticated artist who puts tattooers’ skills to the test.
Where does she find her inspiration? In the areas where Pop Surrealism has its origins – fairy tales and the surreal world of the subconscious and dreams, with contemporary versions of their archetypal characters and monsters. And also from pop culture and underground comics, those dedicated to social commentary and satire. Hollywood’s favourite pop artist
Irreverent, imaginative and much-loved by the stars, Mark Ryden is like a real pop star when it comes to this variety of art. Even Leonardo Di Caprio is a fan of his.
The internet is full of images of tattoos featuring his amazing characters, all with oversized heads and big eyes. His favourite themes? Political satire (he’s portrayed the former American president, Abraham Lincoln, in a multitude of ways), fairy tales (his don’t have happy endings) and the pop culture: tv, advertising and Hollywood stars. The actress Christina Ricci and Bubbles, Michael Jackson’s chimpanzee, are among his most famous portraits. Keep dreaming, keep painting, keep surreal
That is the motto of Pop Surrealism, without a doubt the most dynamic, visionary and innovative form of contemporary art there is. And nowadays it’s also really popular in the world of tattoos.
Tattoo conventions the world over, are hosting more and more exhibitions on the wave of Pop Surrealism. The Florence Tattoo Convention, for example, had works by Erica Calardo and Ania Tomicka on display. An Ania Tomicka tattoo
Ania Tomicka is a Polish artist and a highly prolific painter with a considerable fan-following on Facebook, which is where she posts previews of all her works.
Many of her drawings, from the most delicate sketch to the most sophisticated painting, are so popular that they leave the boundaries of the art gallery and enter into tattoo studios where they become works of art on the skin. The big eyes of Margaret Keane
A mention here of the American painter Margaret Keane is inevitable. In the 1950s she painted pictures of children, little waifs with large eyes, although her husband claimed to have been the artist. Her incredible and touching story was told in Tim Burton’s film Big Eyes. Margaret Keane, who is now nearly 90 and continues to paint, is considered to be the inspiration behind Pop Art.

Why is it called “Pop Surrealism”?
This art form is actually known by two different names: Pop Surrealism and Lowbrow. It came into being in California about 50 years ago and is defined as “pop”, as in popular, or “lowbrow” (easily accessible, with no intellectual pretensions) to indicate that it has no links with the artistic elite and a certain, more institutional, static and stuffy intellectual environment.
Satire and symbolism are its main ingredients and sometimes they’re mixed together, like salt and sugar in sweet and sour foods.

Are you looking for a fantastic and unique tattoo?
Succumb to the temptations of Big Eyes, a collection of drawings which interpret dreams, symbols and the magic of Pop Surrealism. 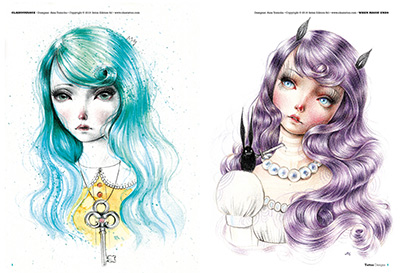 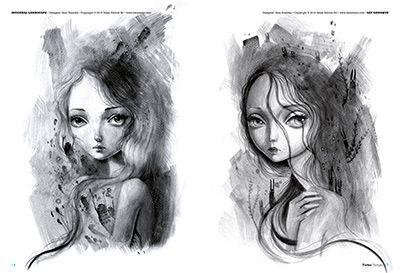 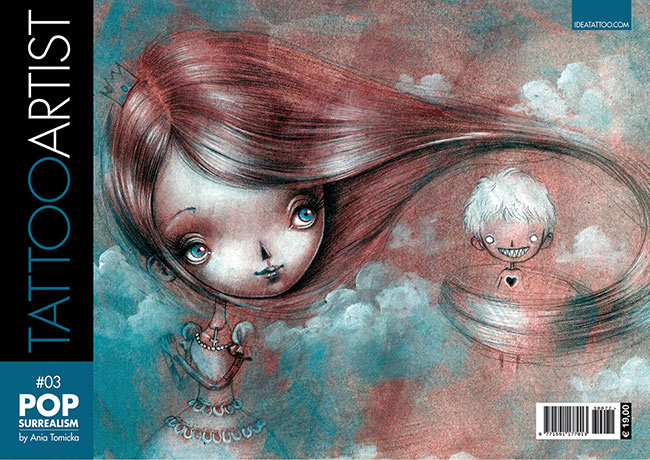 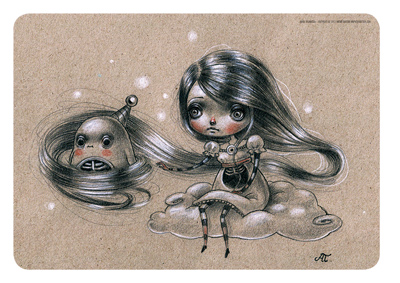