Duke Riley is an American artist who lives in Brooklyn, New York. He started tattooing in 1993 under the guidance of Steve Williamson of Freak Tattoo Art, in Providence. As well as being an amazing tattoo artist, Duke also works on other art forms, for example mosaics: «I think that making mosaics is similar to tattooing. The imagery is defined by hard edged lines and there is a certain permanency to both the act of tattooing and mosaic-making.»

His art is inspired by seafaring folklore and scrimshaw, both for its style and subjects. Scrimshaw is the name used to describe ivory engravings carved by whalers between 1745 and 1759. These days whale hunting and the sale of ivory are banned and this art form can only be admired in museums. Duke says: «I primarily use linework in tattooing. I try to create a variety of different thickness of the lines and go back and ‘calligrify’ and stack the outlines to give them a different feeling, so that they grow thicker and thinner in different areas, kind of like the feeling of an engraving» 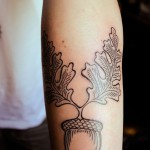 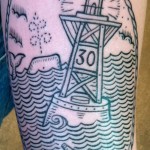 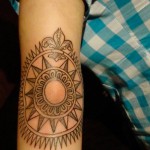 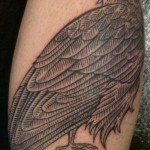 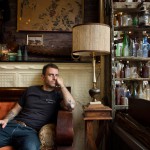 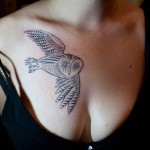 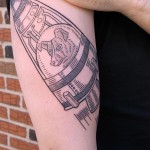 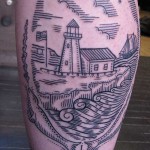 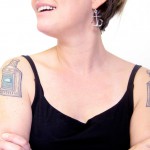 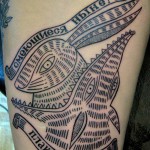 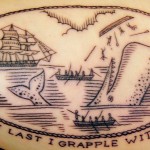 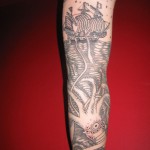 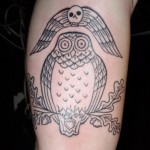 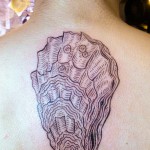 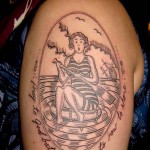 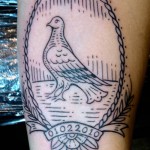 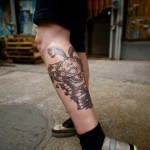 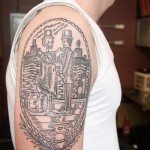 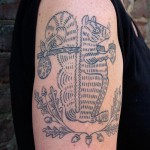 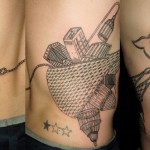