The classic American tattoo style, known as traditional or Americana style, has been making a popular comeback.

Roses, swallows, panthers, skulls and daggers are enjoying a revival on the skin of those who appreciate the emotive, romantic side of tattoos – less mystical and tribal but more authentic and instinctive.
Don Ed Hardy, Mike “Rollo” Malone, Dan Higgs, Chris Conn, Theo Mindell, Mike Pike, Civ, Bert Krak, Tim Lehi, Scott Sylvia and Jeff Rassier are just some of the American artists who have maintained and perfected this style over the past few years, leading to its current popularity all over the world.

In Italy Marco Pisa, Gianmaurizio Fercioni and Mino Spadacini have been producing the style ever since they first started tattooing. THE TATTOO STYLE WHICH UNITES THE USA AND EUROPE
The interesting thing about this tattoo style, which is closely tied to American patriotism and culture, is that it is once again satisfying the demands of the majority of tattoo artists, not only those who are stateside but also Europeans (Alex Binnie and Mr. Duncan of Into You, Mo’ Coppoletta), Italians included (Rudy Fritsch, Santa Sagre, Amanda Toy, Heinz Psycho Tattoo, Samuele Briganti, Inkaddiction, Stizzo) and the Japanese (Inkrat, Sabado).

Its beauty is its strength.
Its key is the simplicity of production.
Its image is instinctive elegance.
The result is a ship’s log engraved on the skin.

AMERICAN TRADITIONAL
The American traditional style (or Americana style) was defined by and is linked to the invention of the first tattoo machine.
O’Reilly, the inventor, made his contribution to the profession at the beginning of the twentieth century, when he modified the mechanism of an ordinary home sewing machine and thus facilitated the whole tattooing procedure. Flashes (i.e. tattoo designs) have existed since 1872.

THE LEGEND OF SAILOR JERRY
Norman Keith “Sailor Jerry” Collins (1911-1973) was the most famous exponent of this tattoo style, if not its pioneer. His simple, yet often richly detailed style has led people to reconsider the beauty of traditional in recent years.

Collins was active on the scene a little later than the historic representatives of this style, but his presence at certain times (Second World War and Vietnam War) and in certain places (Chicago, Honolulu) made him a tattoo icon in the last century and a legend today.

His involvement in this sector led to major technical developments. He regularly corresponded with tattoo artists from around the world throughout his career. His analytical approach to the profession led to the development of new pigments and the technical perfection of the tattoo machine.

In the 1960s Collins was the first to experiment with the Japanese style.
Sailor Jerry succeeded in defining the American tattoo style. This is the legacy we have to thank him for.

LATE 19TH CENTURY OLD SCHOOL
In my opinion the Americana style had already reached its height long before the arrival of Collins on the scene. The simplest flashes and most common old school images can be found as early as the late 19th century.

Gus Wagner, “Brooklyn” Joe Lieber, Bert Grimm, Owen Jensen and Paul Rogers are the true stars of the American traditional style, dominating the last century and filling the tattoo iconography with hearts, flowers, mermaids, snakes, eagles, dragons, fish, men, women, devils, skulls, daggers, religious symbols and nautical symbols.
The clear, direct message of these images, which ranges from patriotism to love for a woman, characterised one century and are now conquering another. Tattoos have always been a declaration or a message, and what better style than American traditional to make it really clear, especially in modern western culture?

PATRIOTISM, FAITH, LOVE, RESENTMENT AND DISAPPOINTMENT
Common sentiments told with the simplicity of solid lines, bold black shaded bases with just a few contrasting colours.
Journeys and therefore discoveries, faith, love and pain, victories and defeats, passion and hate, and life in general are expressed in these tattoos.

As I said before, the shapes are simple and almost childlike.

The definition of the images is neither elaborate nor realistic. The tattooed image becomes an icon, an “emotional logo” on the skin.
Bygone technology did not allow space for details or a wide range of colours with delicate shading.
Everything was simpler and cruder, like the times in which modern tattooing was evolving. As a result the style was created.

TRADITIONAL TATTOOING TODAY
Its simplicity is synonymous with elegance.
Today the traditional style is appreciated as never before for its clean graphic lines.
A tattoo which can be seen from a distance, designs which can be recognised without the use of a magnifying glass, without too many details or delicate touches.
That is the peculiarity and strength of the traditional style.

For anyone who is interested in learning more about this subject, and checking out more visual examples in particular, the best book on American traditional flashes is “Flash from the past, Classic American Tattoo Design 1890-1965”, Paul Rogers Tattoo Research Center – Hardy Marks Publications.
by Guido Baldini 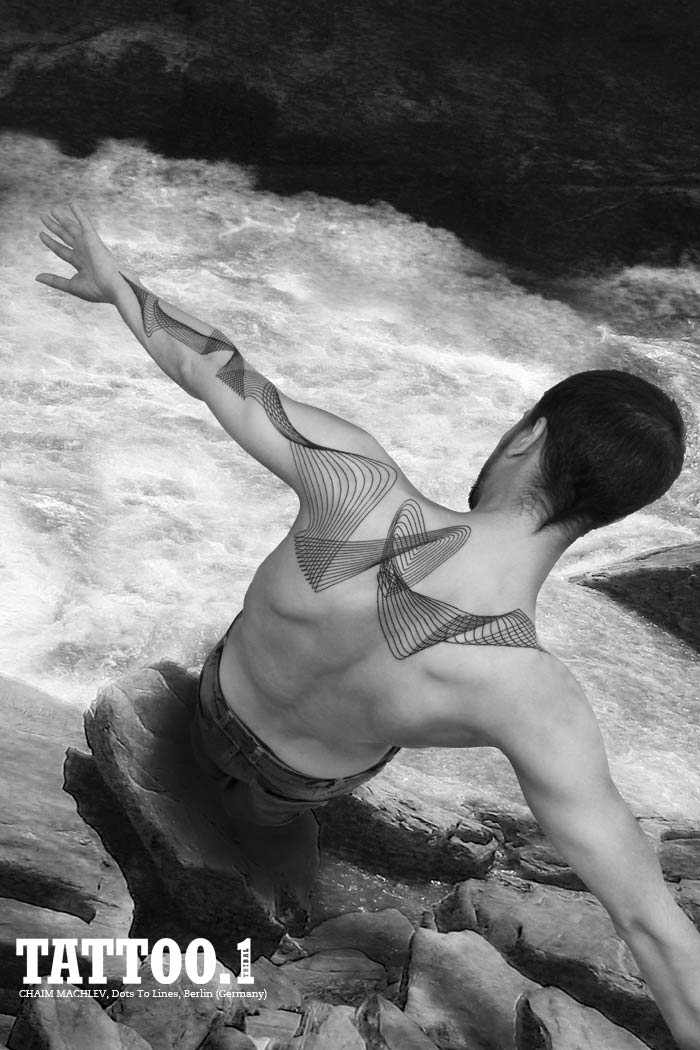