Music is a vehicle for the emotions and provides an acute sense of freedom – something that many, over the years, have come to see as essential as the air we breathe. Like tattoos, music consists of a wide range of styles and genres. Starting with rock, we have drawn up our own personal classification by investigating the origin of different music types and associating them with the tattooing styles we feel have the greatest affinity with them. In doing so we have produced a comprehensive, full-bodied work and it is with pride that we present the first part here. 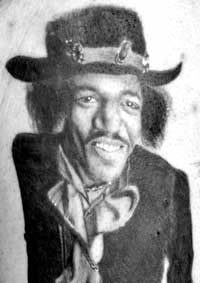 There are several theories on the origin of music. According to Darwin, singing stemmed from the imitation of animal noises – their cries, songs and calls. The philosopher Jean Jacques Rousseau has hypothesized that music originated out of attempts to speak in acute tones. For other researchers it began with the rhythm of daily work, while others again consider it a natural evolution of the spoken word. Usually, a discussion of the history of music will focus on Western styles: while the West, especially Europe, has indeed made staggering progress in musical development, there can be no ignoring other musical cultures such as the oriental, which, while sharing little with our own, has achieved a high degree of complexity.

We will rock you
The term rock ‘n’ roll derives from the boogie-woogie, a dance of afro-American origin that was popular in the immediate post-war period. The classic rock ‘n’ roll group consists of lead vocals (often with backing vocals or a chorus), electric guitars and a strong rhythm section (bass and drums), often with the addition of other instruments. As a cultural phenomenon rock music has probably had a stronger social impact that any other form of modern music. From its origins in the United States, rock ‘n’ roll has gone on to become a global phenomenon and has generated a host of spin-offs. The term rock and roll effectively refers to rock’s first “incarnation” – that which appeared in the 1950s – while rock refers to a much wider musical genre that spans from soul all the way to heavy metal.
Corresponding tattoos: Japanese tattoos reworked according to American styles and traditional tattoos.

Punk rock
Punk rock is the name given to a movement and musical genre that peaked between 1976 and 1980. Its leading figures were groups such as The Sex Pistols, The Damned, The Clash and The Ramones (the latter being considered the genre’s founding fathers). This genre has also been called Punk ‘77 (with reference to its boom year), street punk or simply punk. At present the expression punk rock tends to be used for groups that (while a far cry from the spirit of 1977 and heavily “commercialized”) still retain much of the initial musical style of the genre (unlike pop punk groups) and still prefer the simple punk label of the “original” groups.
Corresponding tattoos: for the more philological and for old punk die-hards words tattooed onto the knuckles are a must, as are words on the inner side of the lips – in black an white only, of course.

Heavy Metal
This form of rock music is characterised by highly aggressive rhythms, powerful sound and high amplification/distortion of the guitars. Themes explored in heavy metal songs often tend towards the dark, gloomy or furious. Stemming from development and enrichment of a mix of blues, blues rock and rock, heavy metal grew out of the hard rock bands that, from 1967 to 1974, transformed blues and rock by creating a hybrid with a particularly “heavy” guitar and drum-based sound. It’s hard to say exactly when hard rock metamorphosed into heavy metal; however, the latter expression only started to become commonplace in the late ‘70s with the so-called NWOBHM (New Wave Of British Heavy Metal) to which groups such as Iron Maiden belong. Heavy metal reached a peak of popularity in the ‘80s and has generated numerous offshoots that do not lend themselves to any easy definition: thrash metal, speed metal, black metal, death metal and so on.
Corresponding tattoos: macabre, realist subjects such as devils, vampires, skulls.

Grunge & Friends
A member of the metal family, grunge is not so much a genre as an attitude, a way of being (and dressing); song lyrics are decidedly intimist (e.g. Nirvana, Soundgarden).

Hard core is punk mixed together with elements of metal hard core (discotheque) and is a fast-paced music based on high-speed passages. Emo is an acronym for emotional (touching, moving). This genre encompasses various styles of emotionally-charged punk rock, with sensations veering towards sadness and melancholy; it tends to be musically intense, often with strained sounds and yelling voices: includes emocore (key groups include Embrace, Fugazi, Dag Nasty, Jawbreaker, Samiam and Lifetime), Emo (groups such as Still Life, Policy of Three, Portraits of Past), hardcore emo (Swing Kids, Angel Hair) and Post-Emo Indie Rock (Christie Front Drive, The Promise Ring, Mineral, Get Up Kids).
Corresponding tattoos: stars, abstract and geometric figures.

I want your skull