Butterflies, bees, caterpillars, dragonflies, spiders and ants… such small, silent, apparently fragile creatures actually conceal great strength and the ability to organise and survive. Let’s take a look at some of the stars in tattoo.1tribal 66 photo gallery.
Bees: symbol of industriousness. People who get a bee tattoo want to show their will to create things. In fact the bee has an amazing ability: to transform the pollen from flowers into honey.
Ants: symbol of resistance. Ants can be strong and aggressive when required but they are also generous, dedicated to the common good and a symbol of faith: one good turn deserves another.
Spiders: in the common imagination they provoke fear and anxiety. They are an agile, intelligent predator whose dangerousness is accentuated by their bite, which can be poisonous.
They also have positive features: technique and precision are the spider’s qualities.
Butterflies: because of their ability to fly they are often associated
with freedom. They also represent metamorphosis and change.
Scorpions: they are solitary creatures which love dark, hidden corners. In heraldry (the study of the coats of arms of families, cities and institutions) a scorpion symbolises someone who does not forgive.
Flies: these insistent insects which are always on the move symbolise annoyance. 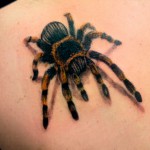 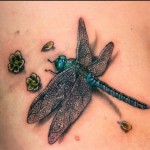 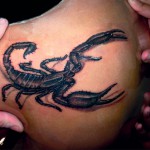